The Girl From Chickasaw County is a career defining 8 CD box set that includes all seven of Gentry’s studio albums sensitively re-mastered from the original tapes, supplemented by over 75 previously unreleased recordings including her ‘lost’ jazz album, outtakes, demos, rarities and an 8th disc of live performances taken from her celebrated series for the BBC. The release has specially commissioned cover art by David Downton and includes an 84-page book with a comprehensive essay by compiler Andrew Batt, rare and unseen photos, 8 postcards and a facsimile of her original handwritten lyrics for ‘Ode to Billie Joe’. 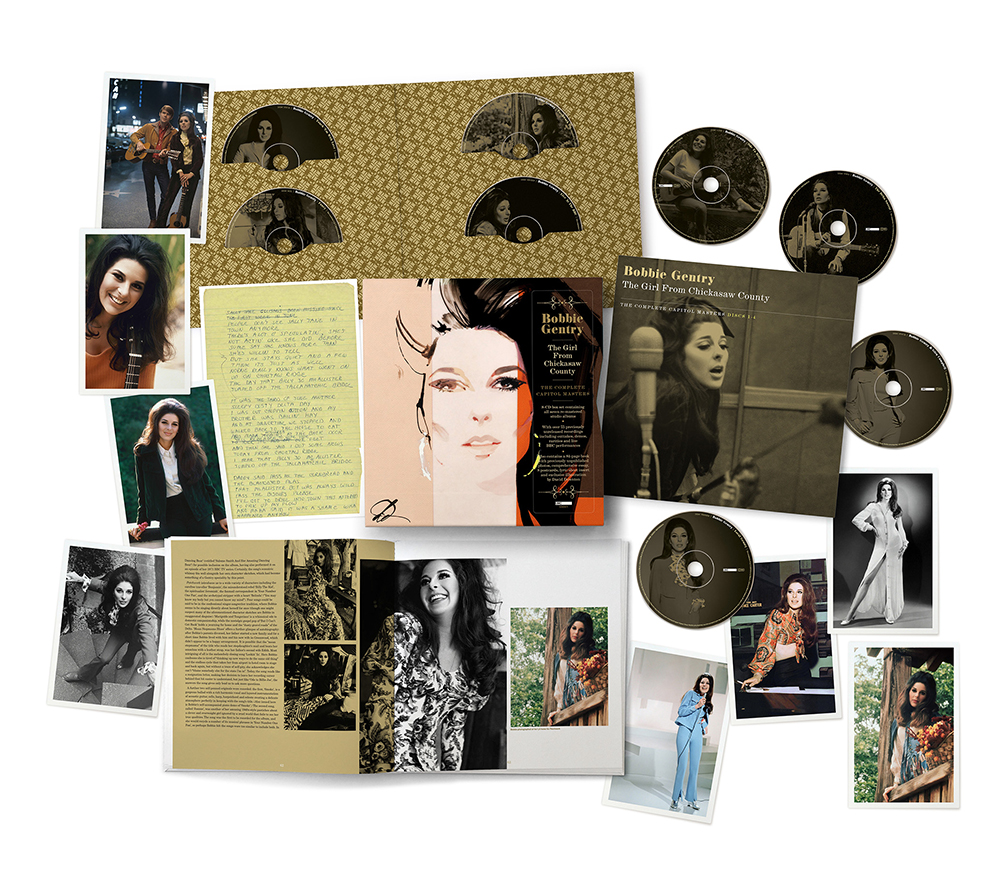 Track listing: Click on the links below for the running order of each disc.

“Live At The BBC”