At last the wait is over! The Delta Sweete Deluxe Edition is out now on 2 CD and 2-disc vinyl. The expanded CD edition features a new stereo mix of the album alongside the original mono mix making its debut on CD. There are a total of 10 bonus tracks to treasure, including a previously unreleased original demo ‘The Way I Do’ and a special instrumental version of ‘Okolona River Bottom Band’ featuring the great Shorty Rogers on bass trumpet. The deluxe vinyl features the new stereo mix on disc 1 and the 10 bonus tracks on disc 2.You can purchase the set on either format here.

The first reviews are in, here are some reasons why you need this in your life:

***** Shindig! : A sympathetic redux… this set represents Bobbie Gentry at her mysterious beguiling best
9/10 Uncut : This remastered version swings and shimmers in all the right places
9/10 Popmatters : More than lives up to its billing as a lost classic.
**** MOJO : A beautiful album. Every bit as engrossing as her breakthrough
**** Record Collector : Peculiar and ambitious…Don’t overlook it this time around
ForFolksSake : Bobbie Gentry is proved to be something of a musical visionary.
GiIGsoup : This reissue offers the definitive vision of perhaps Gentry‘s most revered recording.
Penny Black Music : A thoughtful repackaging of Gentry’s ambitious second album. 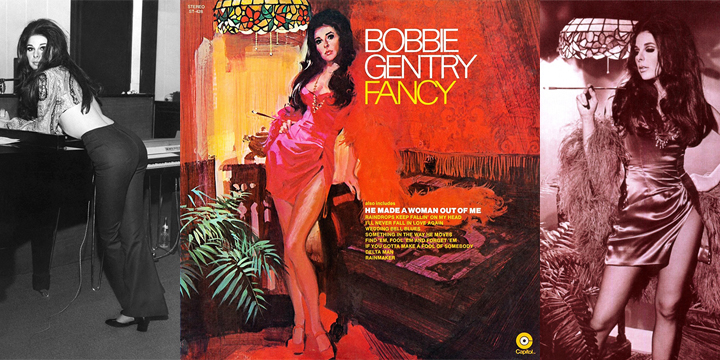 The Delta Sweete will feature on Tim’s Twitter Listening Party on the day of release: 31/07/2020 at 8pm GMT. Taking part on the panel are host Tim Burgess,  Grasshopper from Mercury Rev who will be joined by guest vocalists on his Delta Sweete Revisited project Margo Price and Beth Orton, and Andrew Batt, producer of the remixed deluxe edition of The Delta Sweete.

So how does the listening parties work? It’s simple. The Charlatans frontman Tim Burgess posts tweets in real time while his followers stream or play the album of his choice. He is joined by a panel of either band members or associated acts who live tweet their way through the albums playback. To take part follow Burgess and the relevant Twitter accounts of the panel, stream or play the album in question at home when the party starts at 8pm, and share memories or ask questions in real-time using the hashtag #timstwitterlisteningparty. 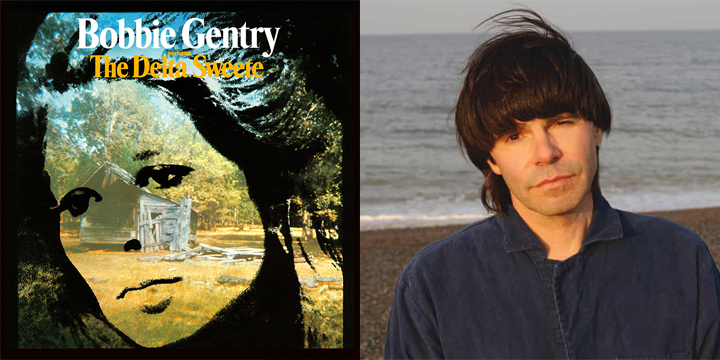 For 10 seasons, the Berkeley-born record store chain Amoeba Music has been exploring the myriad muses of famous patrons with the web series “What’s In My Bag?” The latest episode features Margo Price, the American country singer-songwriter, who picks the Bobbie boxset The Girl From Chickasaw County as one of her top releases. You can watch the video on YouTube and skip forward to around 3.20 to see her dish on Bobbie and the boxset.

Fans will already know of Margo’s love for Bobbie from the Mercury Rev album The Delta Sweete Revisited for which she recorded ‘Sermon’ and ‘Louisiana Man’ as it’s B-side when the track was issued as a single. The deluxe edition of Margo’s new album That’s How Rumors Get Started also features a cover of ‘He Made A Woman Out Of Me’. 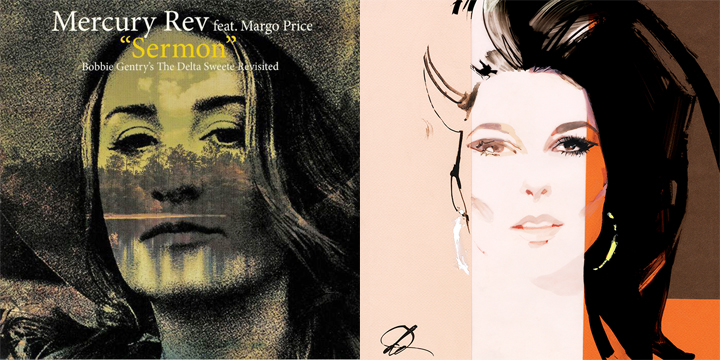 Following the release of his debut album Pony last year, masked cowboy crooner Orville Peck is following it up with a new EP called Show Pony and it includes his cover of Bobbie’s ‘Fancy’ which fans will be familiar with from his live shows.
“I loved my experience with Pony,” Orville says. “However, Show Pony is a more confident perspective and allows me to share even more both lyrically and musically. Like all country albums, Show Pony is a little collection of stories – some sad, some happy – and I am excited for people to hear it.” 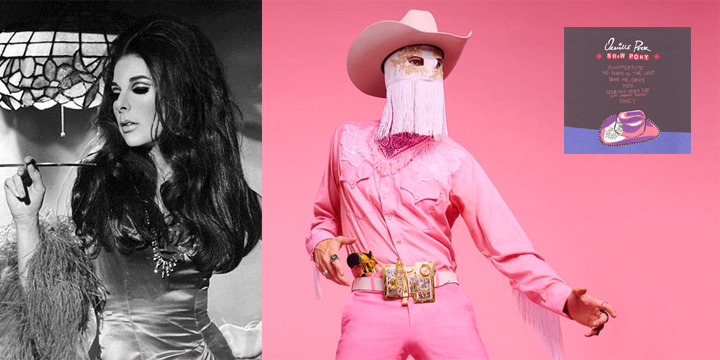 Milton Glaser, the influential American graphic designer who adorned Bob Dylan’s silhouette with psychedelic hair, and created the “I ♥ NY” logo, has died on his 91st birthday. Milton also designed the font on the cover of Bobbie’s debut album Ode To Billie Joe and which we re-used on the cover of the Live at the BBC LP. 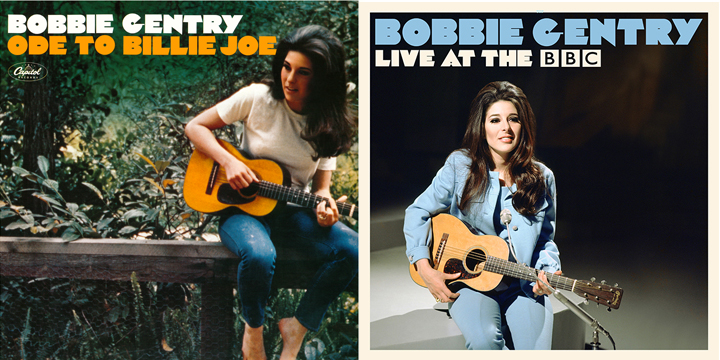 It’s the third of June, which means it’s Bobbie Gentry day! to make it extra special this year, on 31st July, UMC will release an expanded edition of The Delta Sweete on 2 CD and deluxe 2-disc vinyl. The expanded CD edition features a new stereo mix of the album (sourced directly from the surviving four-track and eight-track tapes) by Producer/Compiler Andrew Batt and the original mono mix, making it’s first appearance on CD.

There are a total of 10 bonus tracks to treasure, including a previously unreleased original demo ‘The Way I Do’ (streaming now here) and a special instrumental version of ‘Okolona River Bottom Band’ featuring the great Shorty Rogers on bass trumpet. The deluxe vinyl is the first official repress of the album since 1972 and features the new stereo mix on disc 1 and the 10 bonus tracks on disc 2.

For the full tracklisting visit our album page. The set is available to pre-order here. 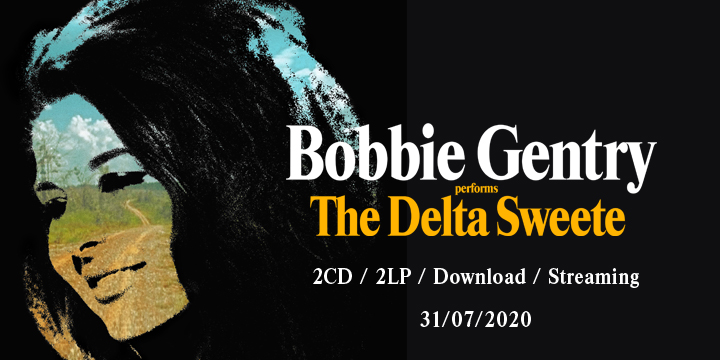 The iconic singer songwriter Chaka Khan, who had been disguised as Miss Monster, on Season 3 of The Masked Singer impressed Judges in episode 2 with a performance of Bobbie’s 1969 hit ‘Fancy’. Chaka made the song her own and viewers and panelists knew then there was a legendary singer under that pink monster mask! If you missed her performance you can catch up with it on youtube here. 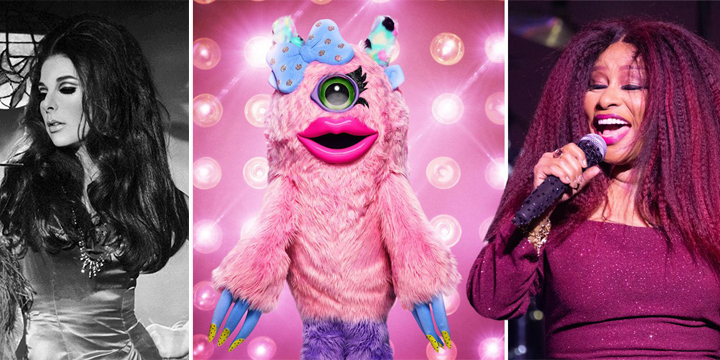 Its a happy day at Gentry towers, as the 2020 Grammy nominations have been announced and ‘The Girl From Chickasaw County’ boxset has recieved a nomination in the best historical album category. Bravo to everyone involved in this dream project. Fingers crossed for 26th of January!

The ongoing PBS ‘My Music’ series features Bobbie in it’s latest episode on story songs, hosted by five time Grammy Award-winning singer B.J. Thomas. Their press release states: “Throughout the 1950s, 60s and 70s, ‘Story Songs’ weren’t just great music — they helped unite us through our shared culture, history and personal experiences. From country pop favorites to folk-rock epics, ‘Story Songs’ relate to all of our lives. Don McLean’s anthem ‘American Pie’ (the number one hit for a full month in 1972), Bobbie Gentry’s iconic 1967 musical monologue ‘Ode to Billie Joe’ (one of Rolling Stone’s Greatest Songs of All Time) and Harry Chapin’s poignant ‘Cat’s In The Cradle’ are musical tales we all know and love.”

The episode broadcasts in June, but you’ll have to search the listings on your local PBS website for the dates in your area.