It’s been a long wait, but Bobbie’s 1970 U.K. album ‘I’ll Never Fall in Love Again’ gets it’s first vinyl repress for HMV as part of their centenary celebrations.

Released in the U.S. as ‘Fancy’, EMI, (who owned Capitol and distributed them in the UK) renamed the album ‘I’ll Never Fall In Love Again’, to tie in with Bobbie’s British number one hit with the song the previous year. The LP was issued with alternative artwork and running order, including two additional songs to the U.S. release; the self-penned ‘Billy the Kid’, (which would also appear on the following year’s ‘Patchwork’) and ‘In the Ghetto’, an outtake from 1969’s Touch ’Em With Love sessions. The album was mostly produced with the legendary Rick Hall at Muscle Shoals, but on several tracks Bobbie receives her first official credit as producer. The repress contains new sleevenotes and rare photos and is available to purchase now from HMV. For more info on the release visit our album page. 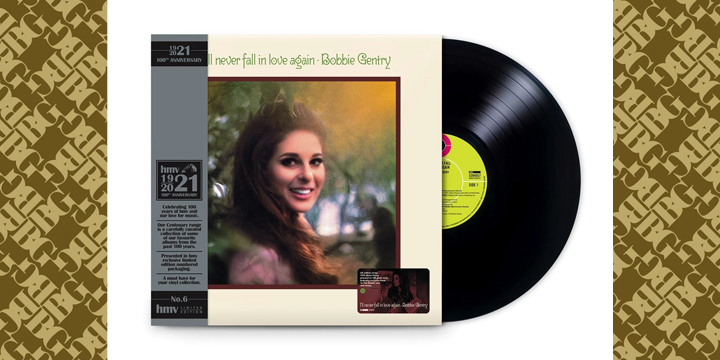