New compilation Choctaw Ridge – New Fables of The American South 1968-1973 explores a new country sound, one that emerged at the end of the 60s in the wake of Bobbie’s ‘Ode To Billie Joe’, a surprise number one hit in 1967. When singers like Bobbie, Jimmy Webb, Michael Nesmith and Lee Hazlewood moved from the south to Los Angeles to make it in the music business, they were not part of the Nashville in-crowd and they forged a new direction.

The tracklist and fulsome sleeve notes have been put together by Bob Stanley (Saint Etienne) and Martin Green (Smashing, The Sound Gallery), who have been collecting these records for decades. The set features the alternative version of ‘Belinda’ that first appeared on the boxset. Released on the 30th of July, you can pre-order the collection on CD or Vinyl here. 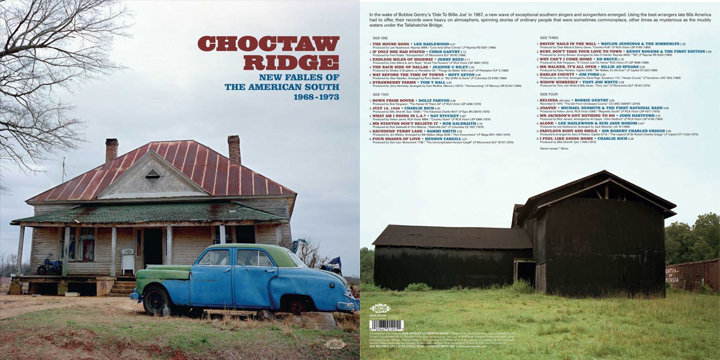